Inspect Yourself Before You Wreck Yourself

Our live-streaming game engine’s comments system crashed mid-way, with no significant code changes in over a year for the modules that implements the feature.

To shed some context, the engine is built with Elixir/Erlang and MQTT brokers. It leverages all the sweet concurrency and fault-tolerance abstractions Erlang and OTP provides out of the box, so ideally it should never go down; but this was an interesting day in the field.

So what happened? Our clients talk to engine and engine talks back to them with data via MQTT broker - a highly optimised pub-sub broker. Each message type has its own topic. We could see live player count working and increasing, so clearly other supervision trees and features were fine but for some reason comments system was down.

Was our MQTT broker bonking for clients because of load?

We went to our MQTT broker dashboard and checked the load, it was under-utilized. The subscription topics showed up as well in the listeners tab. I manually subscribed to the player count topic from console and received timely message of user count on it. So MQTT is sending messages fine, did the MQTT disconnect happen for all the comments workers?

We checked Observer (a very helpful OTP tool to visualize VM and process data) and found no Comments workers in the set of processes live.

Visit Sentry and we find multiple occurences of this error below in the worker code that moderates and publishes comments.

Bug in the system? GIT BLAME!

Wait, but this is a 14 months old code and all the test cases never come here, infact comments system worked fine for all the past events.

We checked - its not an UUID or an API-KEY of our eco-system.

They filed a bug in Erlang for this stray message that gets bubbled up on TCP close - https://bugs.erlang.org/browse/ERL-1049 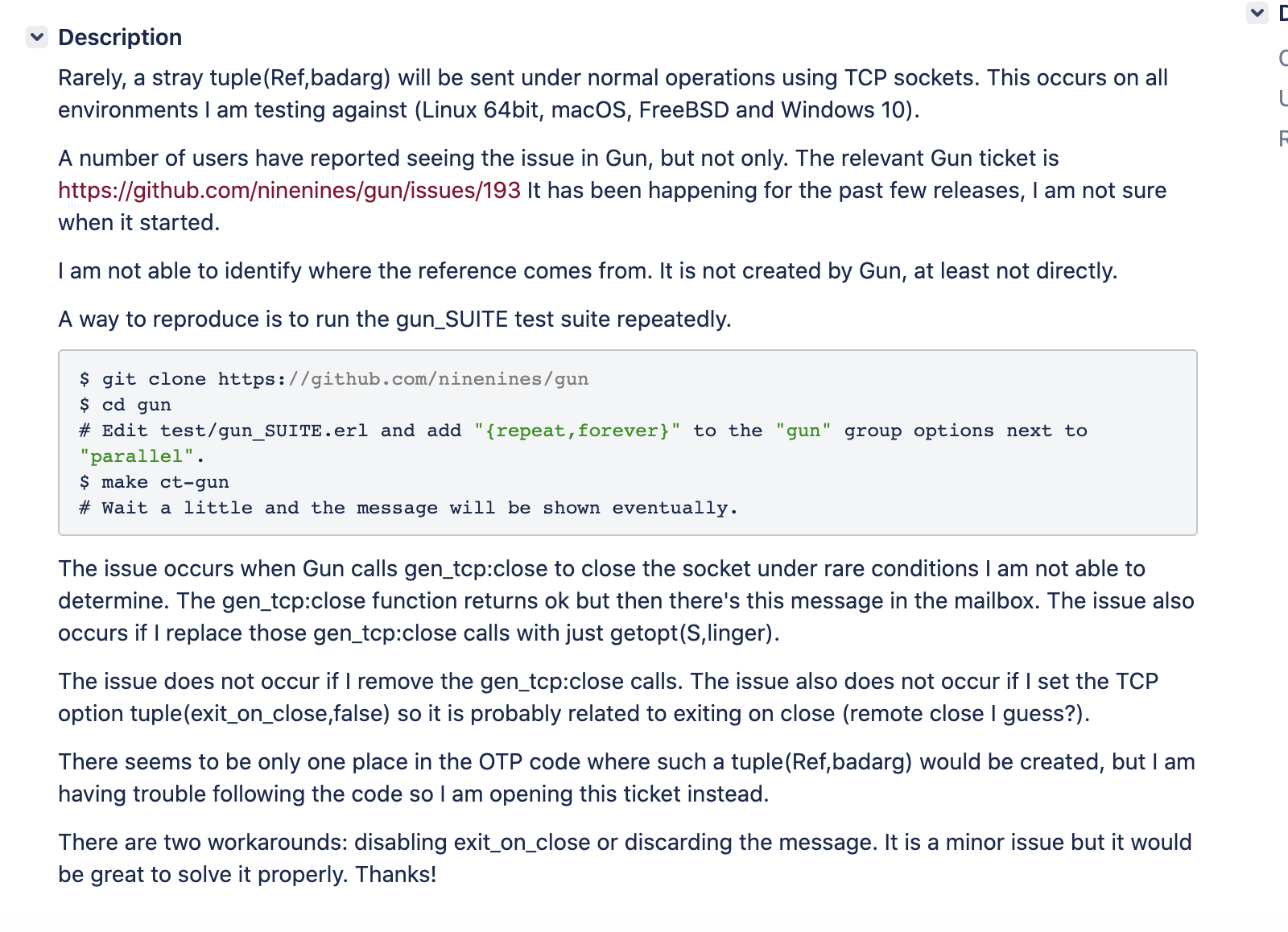 Always encapsulte your variables with inspect in Elixir while interpolating strings in Logger or sending them as arguments to Sentry.